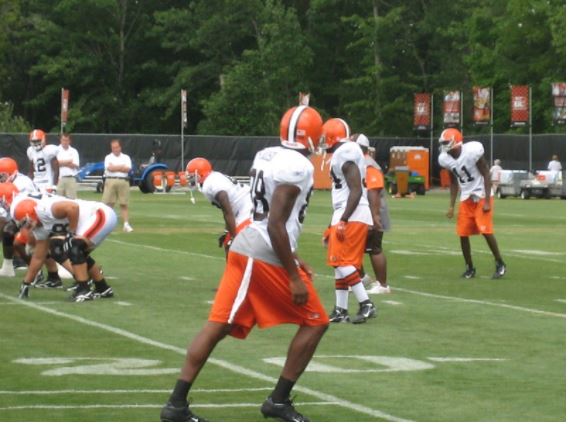 Fans all around the country turn on their television in excitement. You are rooting for your team and the whole game they have been winning. The opposing team has seconds on the clock and the whole field to go, they are sweating and you think the win is in the bag. Then the coach makes an aggressive call for no reason. The result is an opposing walk-off touchdown. With little time left, you can taste defeat. This unexpected loss is called tanking.
Tanking in professional sports is often described as intentionally losing to better the future of your team. This may sound weird; losing to make you team better? Well in sports like basketball and football the way that new players come into the league is through the draft. Every team is awarded a certain number of picks in the draft and the order of the picks is based on your record. The better pick you have, the higher overall pick you will have and the better rookies you can draft. The team with the worst record in the league has the first overall pick and so on. When teams tank, their goal is to get their record as bad as possible to get a high pick.
Junior Jordan Jerez thinks tanking is an excellent coaching strategy for teams to be better for the next season and the years to come. He believes it is good for the future success of the organization that is tanking.
“If a team is already not going to make the playoffs, and if they think they can get better by tanking, then they should tank. Next year they will come back and do wonders,” Jerez said.
Although Jerez believes tanking comes with sports, he feels as if it should only be done when nothing good can come out of a team’s season. For example, if it is impossible to make the playoffs, then tanking is a reasonable approach to the remainder of the season.
“When teams start tanking halfway through the season or at the start of the season it defeats the purpose of the season, the season would be useless if you just decided to not win games,” Jerez said.
Jaime Tlatelpa is a sports fan that graduated from UACHS and now attends NJCU. His idea of tanking is similar to Jerez.
“My opinion is if you have a bad season, or if you have an unsuccessful road to where you want to be, the right thing to do would be to tank to obtain better prospects for next year and the following years,” Tlatelpa said.
A time where tanking was successful, was for the zero win 2017 Cleveland Browns. After multiple seasons of obtaining high draft picks from tanking, the Browns drafted many young talented players.
“Now the Browns are in the playoffs two years later after tanking and rebuilding the team, so I guess it worked out for them,” Tlatelpa said.
Tlatelpa believes under the right circumstances tanking is a great way for sports managers to enhance the performance of their team. He believes that the fate of a team is in the hands of management and they should decide the game plan.
“I don’t think you should be punished because it’s a choice that you have as a general manager,” Tlatelpa said.
While Tlatelpa believes tanking is beneficial and should go unpunished, junior, Pratt Charles, believes that tanking is harmful for sports and should not be done. He believes the fans should be able to appreciate the efforts of their team, and they cannot do this if their team loses on purpose.
“I don’t think it’s a thing teams should do because the point of being in the NFL isn’t to lose intentionally so that you can be a better team later on,” Charles said.
Although the coaches and players are making a decision that affects their season, it also affects the fans too. The fans aren’t there while the decision making is happening, yet they are the ones that have to suffer. People don’t root for their team for them to lose, they root for their team to win. While some people will agree with the decision and will think it is a good play in the long run, many fans like Charles believe it shouldn’t even be considered.
“The point of you being in the NFL is to win. If you lose, you lose, that doesn’t matter. If you lose on purpose it’s basically spitting at your fanbase,” Charles said.
Junior, Bilal Mazhar, has only negative thoughts on tanking. He has seen teams tank over the course of his years watching Mazhar and Mahzar thinks that tanking is wasting the players careers. This is damaging for the players time and talent.
“I believe that tanking shouldn’t necessarily be done, you should play to win because tanking is wasting a whole season,” Mazhar said.
There are many views on tanking, but everyone can agree that tanking has a huge effect on the sport. Whether you are rebuilding for future years or are simply losing many games this year the impact on the game is critical.
“It stinks, I don’t enjoy watching teams tank, it takes all of the fun out of the sports,” Charles said.